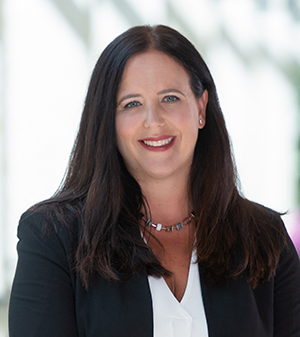 Dr. Christine Chambers is the Canada Research Chair (Tier 1) in Children’s Pain and a Professor in the Departments of Psychology & Neuroscience and Pediatrics at Dalhousie University in Halifax, Nova Scotia. She is also the Scientific Director of Solutions for Kids in Pain (SKIP), a national knowledge mobilization network funded by the Networks of Centres of Excellence and co-directed by Children’s Healthcare Canada. She is a fellow of the Canadian Academy of Health Sciences and a member of the Royal Society of Canada’s College of New Scholars, Artists and Scientists. Dr. Chambers completed her PhD in Clinical Psychology at the University of British Columbia and her internship in the Brown University School of Medicine.

Dr. Chambers’ research lab is based in the Centre for Pediatric Pain Research at the IWK Health Centre. She was identified as one of the top 10 most productive women clinical psychology professors in Canada and has published nearly 200 peer-reviewed papers on the role of developmental, psychological, and social influences on children’s pain. Her expertise spans knowledge generation (e.g., original studies), synthesis (e.g., systematic review, guidelines), and translation (e.g., policy, public outreach).

Dr. Chambers was a Mayday Pain and Society Fellow. She has given a TEDx talk on children’s pain and developed a YouTube video for parents about how to manage needle pain. She led the #ItDoesntHaveToHurt initiative, in partnership with Erica Ehm’s YMC.ca, funded by the Canadian Institutes of Health Research (CIHR). She is the Assistant Director of the North American Pain School and has played a key role in other training programs. Dr. Chambers has received numerous awards for her research, mentorship, patient engagement, and advocacy, including the Children’s Healthcare Canada Leadership Award. Her research is regularly featured in the media, including The Globe and Mail, The New York Times, and the CBC.

Dr. Chambers is a past member of the Institute Advisory Board for the CIHR Institute of Musculoskeletal Health and Arthritis, Associate Editor for PAIN Reports, and a member of the editorial board for the Canadian Journal of Pain. She also sat on the External Advisory Panel for Health Canada’s Canadian Pain Task Force. She gives presentations for scientists, health professionals, parents, and patients around the world.

The Women’s Executive Network named Dr. Chambers one of the 2019 Canada’s Most Powerful Women: Top 100 Award Winners, joining a community of Canada’s most influential women leaders.