The Value of Canadian Genomic Diversity 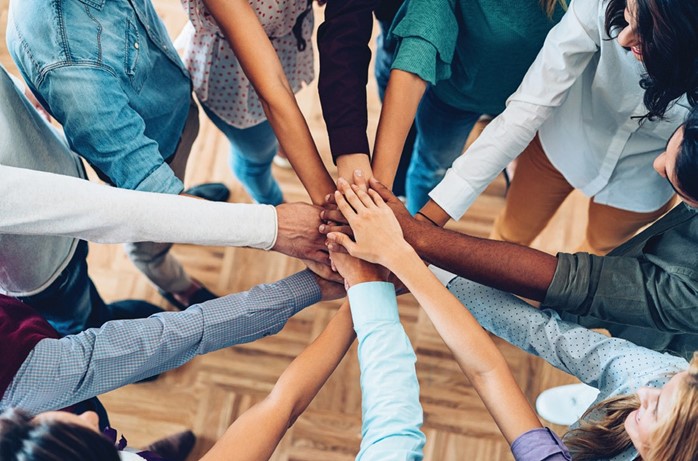 There is a racial bias in current research and clinical genomics databases in Canada and around the world. The overwhelming majority of sequenced genomes are from people of European descent. There is a pressing need to more accurately reflect the actual diversity of the people who live in Canada in genomic databases so that advances in research and their translation in clinical care provide accurate and equal healthcare information to all who live in Canada.

For minority groups with very small numbers, it means that a larger proportion of their population needs to be included than their total population might suggest in order to generate an accurate genomic reference – a process termed “oversampling”. This is because a discrete number of genomes are required to obtain an accurate reference genome for any population. Without an accurate reference genome, personalized medicine for groups, regardless of ancestry, will not be enabled unless they are adequately represented in population data. The CIHR Institute of Genetics will work to ensure that the entirety of Canada’s diversity will have the opportunity to benefit from advances in genomics to better their health in a culturally safe manner that respects principles including self-determination and data sovereignty.

It is important that patients, and the population in general, are offered the opportunity to participate in clinical trials for new medicines as they become available. Data linkages, that include genomics and healthcare records, especially in the areas of inherited diseases and cancer (the two major diseases of DNA), are essential to apply personalized medicine approaches for treatment and disease management. As an example, for an inherited disease where a variation in a single gene causes the disease, gene therapy can replace the defective gene with a normal gene to treat (and potentially cure) the disease. Lack of knowledge about genomic variation in underrepresented populations brings challenges in differentiating normal gene variants from those causing the disease. Without knowing the precise gene defect for every patient with an inherited disease, people in Canada will not be able to participate in gene therapy clinical trials. Enabling clinical trials not only ensures that all people who live in Canada have first access to leading edge therapies, but also ensures engagement of industry with the healthcare system in Canada. In this context, capturing a broader population diversity will represent an advantage for Canada in attracting investments, while contributing to improving the health of all people who live in Canada and around the world.

Increasing the diversity and number of sequenced genomes in Canada will also drive more clinical trials to our country as many drug responders versus non-responders, or those who experience serious side effects or very few side effects can be parsed based on their genome. If the genome of patients participating in a trial is known up front, the genomic data can be deconstructed to determine which patients will respond well to a drug while also having the fewest side effects. This will both increase drug approval rates and simultaneously ensure that moving forward, the drug will only be prescribed to patients with the highest likelihood of benefiting from the drug. As ~10% of all hospitalizations in Canada are due to adverse drug reactions, these advances will also decrease patient morbidity and mortality while simultaneously decreasing hospitalizations; capturing the diversity of people living in Canada will be essential to ensure that everyone can benefit from this decrease.

As more genomes are sequenced and analyzed, polygenic risk scores for more common diseases, such as heart disease and stroke, diabetes, mental health conditions, cancer, and others, will become accurate predictors of disease onset. Simply put, data within your individual genome will be able to predict the likelihood of you being predisposed to a common/ chronic disease prior to disease onset. This is incredibly important information for both the patients and the clinical team that cares for a person as (i) the patient can initiate lifestyle changes to prevent disease occurrence, and (ii) the clinicians can monitor the patient more closely for a particular disease for which the person is predisposed. In essence, this is a more accurate version of the question commonly asked during a doctor’s visit: “do any diseases run in your family?” However, without the inclusion of genomic diversity in the development of the algorithms used in these polygenic risk scores, the outcome will be increased health inequities resulting from the reduced performance of the predictions for underrepresented populations.

All of the aformentioned benefit and advances, which will be coming online within the next five years, require the entirety of all of Canada’s populations be adequately represented in available sequenced genomes. The CIHR Institute of Genetics is committed to helping to achieve this goal.

The commitment to increase diversity and inclusion is embedded in all of our other commitments and also represents a central aspect of CIHR’s priorities. Working closely with provinces, territories, Indigenous people and other communities will be essential to capture the genomic diversity of Canada (Priority A). Going beyond the promotion of diversity, this commitment recognizes and embraces diversity as an exceptional asset required for the success of personalized healthcare in Canada, and promotes inclusion in all of its aspects (Priority B). As previously described, the proposed approach supports the necessity of Indigenous self-determination and opportunities to advance health and well-being (Priority C). Overall, the inclusion of all of Canada’s diversity will contribute to reducing health inequities that cause representation biases (Priority D).