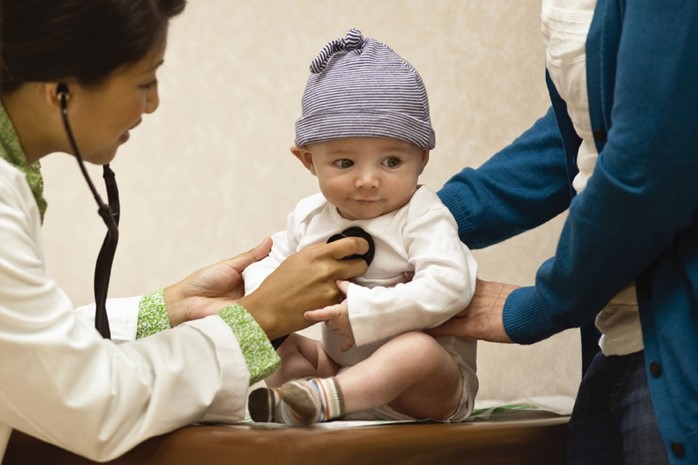 Rare Diseases (RD) constitute an under-recognized global health issue. In fact, notwithstanding their name, RDs are far from rare. Importantly, 85% of rare diseases are single-gene disorders, meaning that only one gene in a person is malfunctioning and is causing their disease. What is truly alarming is that 1 in 25 children is born with an inherited disease, and recent studies have shown that over half of these children will not reach adulthood. In addition, it is estimated that 1 in 3 pediatric hospital beds is occupied by a child with an inherited disease, and 5-10% of all hospitalization costs (adult plus pediatric) are caused by a so-called rare disease. It is becoming clear that inherited diseases are the major cause of mortality and morbidity in children in Canada.

In the 2020 Speech from the Throne, the Canadian government stated it remains committed to a rare-disease strategy to help families in Canada save money on high-cost drugs. In response to the burden of RDs, as well as the fundamental inequities faced by RD patients and their caregiver families, the UN High Commissioner for Human Rights designated RDs as a priority for the conceptualization and enactment of Universal Health Coverage. There is a medical, economic, and human rights obligation to address the current unmet needs of patients with RD.

If Kids Are Not Counted They Do Not Count

What is unfortunate is that children with rare diseases are currently not counted by our healthcare system as they do not appear in hospital, provincial, or national records. It is next to impossible to determine the appropriate level of resources to be apportioned for care/medicines/research for patients with rare diseases without knowledge of both the direct and indirect costs to the healthcare system, and the socioeconomic and mental health burden to patients and their families. Fundamentally, if these children are not counted, they do not count. Implementation research towards a system that captures this information is essential to adequately address this critical health problem and ensure equitable distribution of healthcare resources.

The diagnostic odyssey is a multidimensional burden that affects RD patients. Using clinical diagnostic pathways, a rare disease takes on average five years to diagnose at an average cost of $25,000, with 2-3 misdiagnoses made prior to the final diagnosis. This diagnostic odyssey, along with social isolation, an absence of care coordination, and resultant mental health burden on the affected children and their caregiver families, are too often the norm for those affected by RDs. Fortunately, genomics is now enabling this diagnostic odyssey to be shorter, more accurate, and less expensive.

If the genetic change that causes a rare inherited disease is known, then a diagnosis can be made in weeks at a fraction of the cost of the current clinical diagnostic pathway. Indeed, recent genomics discoveries have uncovered the defective gene for 5,500 of the predicted 7,000 inherited disease-causing genes. An accurate genomic diagnosis can immediately inform treatment decisions for a patient while also providing information to the parents regarding the risk of future children inheriting the same disease.

Using genomics is not only the most efficient way to achieve a genetic-disease diagnosis, but also the most economical, allowing patients – and the healthcare system – to modernize and bypass years of traditional clinical tests. The use of implementation science to determine if digital delivery of healthcare (such as virtual/digital care, telemedicine, and electronic consultations) will additionally improve access to care, quality of care, equity in diagnosis, economical delivery of medicine, and overall improvement in patient and societal outcomes.

To address this gap, the Institute of Genetics will leverage previous funding that connected clinicians discovering new inherited-disease genes with scientists in Canada that were able to study equivalent genes and pathways in model organisms. This network now comprises more than 85 medical and clinical geneticists and 623 scientists working with and conducting experiments on model organisms. This network approach has proven to be an incredibly powerful paradigm in the discovery and functional analysis of rare-disease genes, and was adopted by funders in Europe, the United Kingdom, and Australia. This (now international) network provides functional evidence that a suspected disease gene variation causes a disease, provides a molecular understanding of what drives the disease, and delivers an experimental model organism for further study.

The establishment of such models immediately enables the use of the plethora of cutting-edge omics research technologies ranging from transcriptomics (the study of RNA transcripts), to proteomics (the study of proteins in an organism), to metabolomics (the study of metabolites in an organism), and extends into other basic science research areas such as protein structure and function. This allows us to understand how genetic changes cause diseases, paving the way to determine how best to diagnose, treat, or prevent disease from happening altogether. Rare/inherited-disease research and the movement towards therapies are on the leading edge of the precision medicine transformation of healthcare in Canada.

Many treatments for inherited diseases, including lifesaving and life-transforming treatments, can be quite affordable. Indeed a simple change to a newborn child’s diet can be sufficient. One example is phenylketonuria (PKU), where specific variants in the PAH gene cause the disease, resulting in intellectual disability, seizures, behavioural problems, and mental disorders. If diagnosed at birth, PKU can be prevented by a diet low in the amino acid phenylalanine. Another example is children with rare variants in the BTD gene which results in a defect in the metabolism of biotin (also referred to as vitamin H). If undetected, these children will develop seizures, be developmentally delayed, and will die at a very young age. Detection of this condition at birth enables a diet supplemented with biotin to be implemented resulting in these children growing up to lead a normal, healthy life.

However, some genetic diseases cannot be treated by alterations to diet and require either a new drug or gene therapy to be developed. These drugs, often called orphan drugs, are high-cost drugs that can cost $300,000 per drug per year, or, $2 million for a single-dose gene therapy. These costs are unsustainable for Canada’s publicly funded healthcare system over the long term. In addition, using the current RD therapy development paradigm treatment for many of the rarest of the rare diseases would be unprofitable as there is not a large enough patient base to justify investment in therapy development.

“Almost 1 in 5 patients who die from unexplained sudden cardiac death have a suspicious gene whose early detection would have substantially prevented these deaths.”

The Institute of Genetics will seek to pioneer an open-science model to move medicines into the clinic using primarily academia and research hospitals. As pivotal clinical trials for most rare diseases are a combined phase 1-2 trial on 10-12 patients, after which drug approval can be granted, these can be done in a research hospital setting. As these medicines will be developed primarily within academic settings using an open-source model (i) the total cost of drug development will be reduced and will be known, and (ii) the price point can be controlled as all work will be performed by the not-for-profit sector. Small molecules (drug), stem cell, and gene therapy approaches such as AAV, mRNA, and CRISPR, will be pursued in collaboration with not-for-profit partners and Government of Canada agencies including the National Research Council for the development of gene therapies, and Health Canada for the implementation of their enabling legislation for innovative health products and clinical trials.

The CIHR Institute of Genetics is committed to the development of comprehensive genomic solutions for the diagnosis of inherited (rare) diseases, and the development of affordable medicines for their treatment, to ensure ethical, efficient, cost-effective, and equitable access.

This commitment supports many priorities of CIHR. Efforts supporting the development of accessible and affordable therapies through the establishment of innovative open-science drug development models will advance research excellence (Priority A). The work aiming to reduce regulatory barriers to enable the introduction of innovative therapies will strengthen investigator-initiated research, making it more accessible to develop therapies in an academic setting (Priority B). By allowing the generation of strong evidence regarding the burden of rare diseases for people who live in Canada, this will both improve evidence-informed decision making, allowing better allocation of resources (Priority E), and improve health equity and access to health care (Priority D). Both priorities will also be supported by the creation of an alternative to traditional for-profit drug and therapy development, addressing inequities through the development of accessible therapies (Priority D) while strengthening the Canadian health system (Priority E). 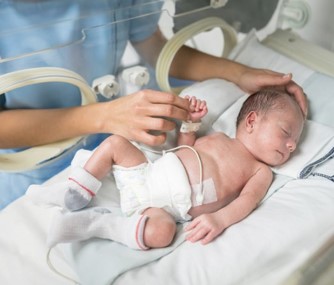 A 5-week-old, previously healthy male child was admitted to hospital after hours of atypical crying and irritability. The child’s genome was sequenced and returned within hours, flagging a defect in a single gene--SLC19A3. The diagnosis: Thiamine Metabolism Dysfunction Syndrome. It is known that thiamine and biotin administration can treat this genetic disease, and this was started 37.5 hours after admission. Six hours later, the patient was calm and feeding. After a further 24 hours passed without seizures, the patient was discharged. He is now thriving at 7 months of age.