On March 1-2, 2017, the Sustainable Development Working Group (SDWG) of the Arctic Council held the third in a series of workshops to address the high rates of suicide in the circumpolar regions.

Approximately 100 indigenous group representatives, researchers, and government officials met in Iqaluit under the auspices of US Chairmanship of the Arctic Council for the RISING SUN (Reducing the Incidence of Suicide in Indigenous Groups – Strengths United through Networks) workshop. The goal of this workshop was to provide community groups and indigenous representatives a platform to discuss suicide prevention initiatives; to share best practices; and, explore the possibility of identifying common metrics that will aid health workers serve the needs of their communities while helping policy-makers measure progress. It also allowed participants the possibility of evaluating the scale up of interventions and the identification of impediments to implementation and cultural adaptability challenges.

Based on the discussions that took place, a toolkit for participants is in the process of being developed by American delegates. The toolkit as well as a report on the American chairmanship is expected to be finalized later this year.

We know there are complex, interconnected factors that contribute to rates of death by suicide across Arctic circumpolar regions. The discussions and practices shared at the workshop are steps in the right direction, but the discovery and implementation of effective measures to drive down these rates remains elusive.

Representatives agreed that indigenous suicide prevention would continue to be a shared priority under the upcoming Finnish chairmanship of the Arctic Council, which begins in May 2017.

For further details about the Arctic Council, please contact the organizers by e-mail. 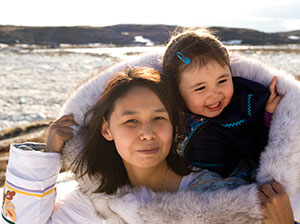