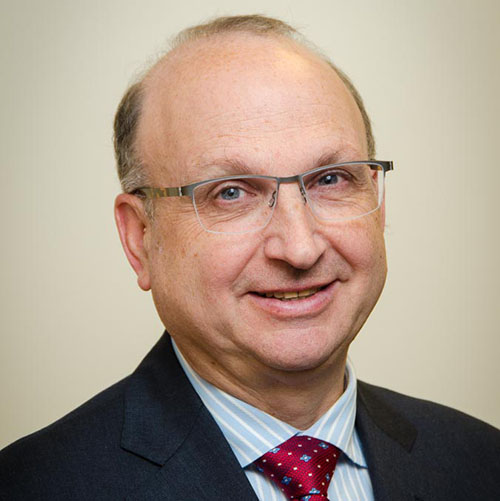 Dr. Norman Rosenblum is a professor of pediatrics, physiology, and laboratory medicine and pathobiology at the University of Toronto, and a pediatric nephrologist and senior scientist at the Research Institute of The Hospital for Sick Children (SickKids). He is the recipient of a Tier I Canada Research Chair in Developmental Nephrology.

Dr. Rosenblum went to medical school at Dalhousie University. He completed a pediatric residency and a fellowship in pediatric nephrology at the Children’s Hospital, Boston followed by a postdoctoral fellowship at Harvard Medical School.

Dr. Rosenblum was recruited in 1993 as a clinician scientist at SickKids. Since then, the focus of his research has been the study of kidney development with the goal of better understanding the causes of kidney malformation, disease and failure in children. His lab has generated several models of human kidney-urinary tract malformation. He has published over 110 peer-reviewed original manuscripts and book chapters.

He is deeply engaged in developing and managing career development programs for clinician-scientists. He founded and led the Canadian Child Health Clinician Scientist Program from 2001-2012. From 2009-2017, he served as Associate Dean, Physician Scientist Training in the Faculty of Medicine, University of Toronto, and he is director of both the MD/PhD and Clinician Investigator programs.

Dr. Rosenblum is a past president of the Canadian Society for Clinical Investigation and a current member of the Council of the American Pediatric Society. He is also a founding member of the EUREKA Institute for Translational Medicine.

Dr. Rosenblum has a strong working relationship with CIHR: a recipient of the CIHR MD/PhD grant since 2010, he is also the recipient of a 2015 Foundation Grant to study kidney disease, the co-principal investigator of the Can-Solve CKD research network on overcoming chronic kidney disease, and serves on the Strategy for Patient-Oriented Research National Steering Committee.

He is the recipient of the 2004 Aventis Pasteur Research Award, the American Pediatric Society inaugural 2006 Norman J. Siegel New Member Outstanding Science Award, the Society for Pediatric Research 2010 Maureen Andrew Award in Mentoring, and the Kidney Foundation of Canada 2011 Medal for Research Excellence.