Congratulations to the 2022 Glenda MacQueen Award winner: Dr. Margaret Hahn
Learn more about the winner of this $100,000 career development award for women in psychiatry 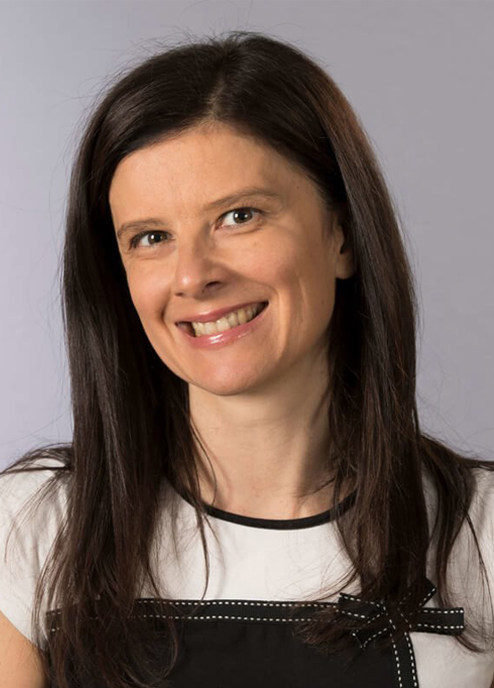 Throughout her remarkable career, Dr. Glenda MacQueen was a role model to the colleagues and students with whom she shared her labs and clinics.

Through her visionary yet strategic approach to psychiatry and a high degree of compassion, Dr. MacQueen made an impact on the entire field. One passion in particular, however, was ensuring a more resilient national healthcare system by improving equity for the women working within it.

After her passing in March of 2020, the Glenda M. MacQueen Memorial Career Development Award for Women in Psychiatry was established to continue her legacy of exceptional contributions to psychiatry and the advancement of equity for women. There are few who embody the spirit of the award quite like the University of Toronto's Dr. Margaret Hahn, and the Canadian Institutes of Health Research Institute of Neurosciences, Mental Health and Addiction (CIHR-INMHA) and the Canadian Psychiatric Association (CPA) are celebrating her as the recipient for 2022.

“CPA is proud to collaborate with CIHR-INMHA in offering this award, which memorializes Dr. MacQueen in such a magnificent and fitting manner. We hope it allows Dr. Hahn the resources to continue her important work, and support future contributions to mental health research and psychiatry in Canada,” said CPA president, Dr. Doug Urness.

Dr. Hahn holds the Michael and Kelly Meighen Research Chair for Psychosis Prevention through the University of Toronto and the Centre for Addiction and Mental Health (CAMH) and has dedicated her research and clinical career to exploring the early relationships between psychosis spectrum disorders and cardiometabolic health.

"I was always undecided between endocrinology and psychiatry and had this longstanding interest in the intersection of both," she explained.

"I ended up in psychiatry just because I think the brain is undiscovered, with so many exciting avenues for research that can help patient care."

Early in her career working in the inpatient unit, Dr. Hahn noticed weight gain in many younger patients who were in their first episodes of psychosis and starting antipsychotics.

"They were gaining immense amounts of weight and nothing was being done, and you could see that it would impact their self esteem and quality of life, also driving stigma."

In many of the cases, they'd end up refusing to take the medications.

"I became interested in why that was happening," she said.

"The medications that we use to treat psychosis unfortunately have metabolic side effects, which add to biological factors that genetically link these severe mental illnesses to diabetes, which we think might be part of the underlying illness psychopathology."

In addition to running pre-clinical lab studies with her team, Dr. Hahn heads up the Mental Health and Metabolic Clinic at Toronto's CAMH. It's one of the first of its kind to be simultaneously addressing mental and cardiometabolic health problems in patients with severe mental illness, and also forms the backbone of clinical research trials.  This clinical and research model is currently being established in Denmark, where Dr. Hahn was recently a visiting professor through the Danish Diabetes Academy.

"I think it's a really exciting new frontier that other people are also becoming interested in called 'metabolic psychiatry'," she said.

"Beyond studying antipsychotic side effects, we're homing in on early brain mechanisms that drive metabolic problems and are likely to also intersect with key domains of psychopathology like cognition and depressive symptoms. We think that by treating metabolic comorbidities early on in the illness, this might be a novel way to help a subgroup of patients get better from both a mental and physical health perspective."

Like Dr. MacQueen, Dr. Hahn is motivated to create a more equitable environment for women in psychiatry. She leads a team of predominantly women from diverse backgrounds in her lab and clinic and has won a number of awards for mentorship and teaching.

Regarding equity in the Canadian psychiatric health landscape, Dr. Hahn noted the research side of the field appears to lag behind the clinical.

"I think in research there's still a 'leaky pipeline' where very few of us make it to the full professor independent scientist level," she said.

"It's my passion to mentor people and encourage them to pursue this path, which for sure is challenging but also immensely rewarding. It's especially rewarding to conduct research that can have a direct impact on patient care."

"It would be really encouraging if there were early funding opportunities to help propel women into research who are in medicine."

The Glenda MacQueen Award is "a beautiful example of that," said the 2022 recipient.

"I wish there were more opportunities, especially for women early on in residency training who might be deciding whether to pursue research or not."

She also highlighted start-up funds and salary support to protect research time as another measure to help improve equity within the research side of the field.

Dr. Hahn was presented with the award during the 72nd edition of the CPA's annual conference, held in Toronto from October 26-29, 2022.

Application submissions for the 2023 Glenda MacQueen award will be accepted beginning in mid-November, 2022. For additional information on the award and eligibility requirements, visit the CPA website.