Congratulations to the 2021 Glenda MacQueen Award winner: Dr. Kathleen Sheehan
Learn more about the winner of this $100,000 career development award for women in psychiatry 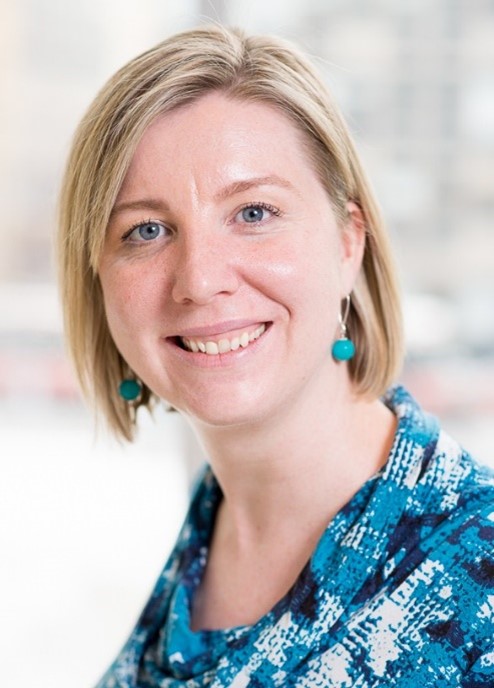 Toronto-based researcher, Dr. Kathleen Sheehan, is the inaugural recipient of the Glenda MacQueen Award from the CIHR Institute of Neurosciences, Mental Health and Addiction (CIHR-INMHA) and the Canadian Psychiatric Association (CPA).

This career development award for women in psychiatry honours Dr. Glenda MacQueen’s dedication to mentorship, as well as her contributions to research, training, clinical and administrative service.

Women psychiatrists face inequities both in their personal development and in academic research, and Dr. MacQueen was committed to tackling these barriers. As a clinician and researcher at the University of Toronto, Dr. Sheehan says she is acutely aware of the additional societal pressures on women in her field. However, she says women leaders like Dr. MacQueen have paved the way for early- and mid-career investigators and clinicians to experience fewer barriers when reaching their career potential than just a few, short decades ago.

“I have been lucky and privileged in my career to be offered many opportunities, but that said, I very much recognize the systemic barriers women face in terms of family and societal pressures, pay gaps and how things women say or do may be interpreted or perceived,” Dr. Sheehan says.

The Glenda MacQueen Award not only honours the late trailblazer, but also her commitment to providing opportunities to women in psychiatry — both academically and clinically.

“This award is a warm tribute to a great clinician and a great researcher who had a fundamental impact on people’s lives in whatever setting she was in,” says Dr. Sheehan, reflecting on the influence Dr. MacQueen had on her field and those around her.

This kind of mentorship is so important in fact, Dr. Sheehan says, that not having a mentor in her field is considered a major barrier to success — adding she’s lucky enough to have many mentors in her life.

“Mentorship is so critical in helping you to see who you are, and as a reflection of who you can become — whether that’s seeing the mentor as a role model or them helping you find your way,” Dr. Sheehan says. “I aspire to that, and I try to use mentorship to support those around me in different ways.”

“Glenda was a caring, compassionate person with a huge heart and an incredible mind,” Dr. Weiss says. “This award acknowledges all the good she has done not only for research and psychiatry, but also as a mentor and a creator of opportunities for others around her.”

“CPA is proud to collaborate with CIHR-INMHA in offering this award, which memorializes Dr. MacQueen in such a magnificent and fitting manner. We hope it allows Dr. Sheehan the resources to continue her important work, and support future contributions to mental health research and psychiatry in Canada,” says CPA president, Dr. Grainne Neilson.

The 2022 Glenda MacQueen Award application period will be open in the coming weeks, with a deadline of Feb. 1, 2022.