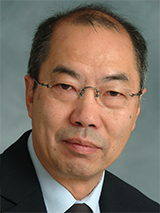 Dr. Tak Wah Mak’s genetic research has led to ground-breaking immunology and cancer breakthroughs. His laboratory discovered that the removal of the CTD-4 gene from the T-cell receptors of mice caused their immune system to fail in the fight against bacteria. This landmark discovery was subsequently used by other research teams to battle cancer through immunotherapy. Dr. Mak also recently determined that T-cell receptors use neurotransmitters to fight bacteria – a discovery that could lead to new research in Alzheimer’s disease and fibrosis.

Through his company, Agios Pharmaceuticals, Dr. Mak also developed IHIFA – the first licensed drug that is able to stop the metabolism of mutated isocitrate dehydrogenase enzymes, which are associated with acute myeloid leukemia.

Dr. Mak’s T-cell receptors discovery remains the basis of research in 5,000 laboratories around the world. He has written over 1,000 publications and been cited over 100,000 times. He has received 11 international honorary degrees and Germany’s Paul Ehrlich Prize, and was appointed Officer of the Order of Canada.