We contain multitudes: What fly guts and bacteria can teach us about immunity 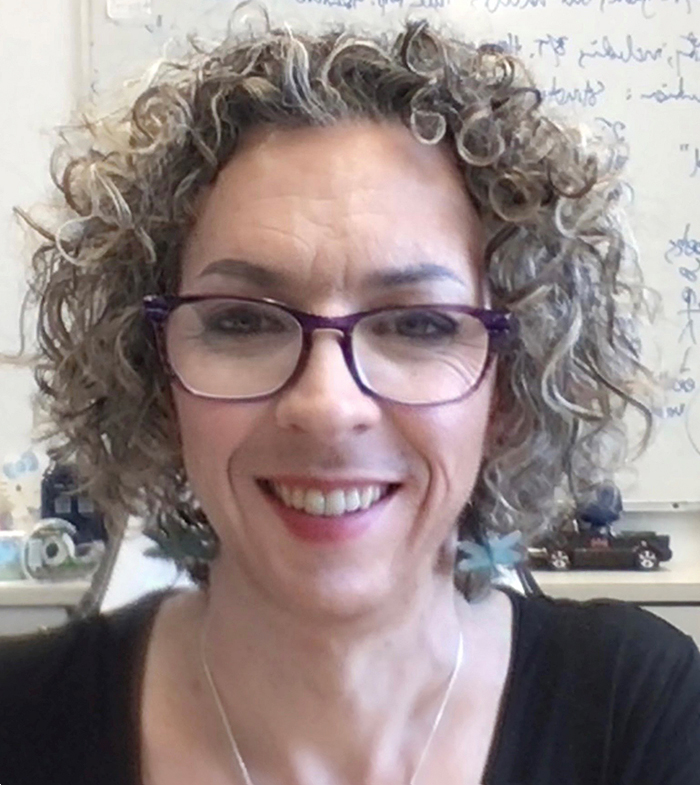 Discussions about the concept of immunity have become commonplace in recent years. News stories about vaccination, varying levels of protection against an infection, and even the roles of antibodies and T cells have dominated the media throughout the COVID-19 pandemic.

But for Dr. Edan Foley, professor of immunology at the University of Alberta, these discussions tend to miss an important point.

"Understandably, most people associate immunity with something that happens in your blood, something that involves the production of antibodies and other factors to kill an infectious intruder," says Dr. Foley. "But I like to look a bit broader. To me, the essence of immunity is indeed to protect us from harmful microbes – but it's also about establishing healthy and safe relationships with the good ones."

This need to live in harmony with certain microbes (while weeding out the bad ones) dates back hundreds of millions of years through evolution. As single-celled organisms evolved into multi-celled organisms, for example, they developed a tube for food to go in one end and out the other, like an intestine. This is how they encountered some of those 'good' and 'bad' microbes – and learned to deal with them appropriately. Fast-forward to today, and much of this microbe relationship management is still happening in similar ways in our own bodies.

"A lot of how we ourselves form our immune system is still instructed by the bacteria that live in our guts," Dr. Foley explains. "And there's so much importance behind how your specialized immune cells react to what's in your gut. Normally, they're trying to manage the ecosystem and kill the bad stuff, but if it goes wrong, it can go terribly wrong for the host. For example, inflammatory bowel disease, such as Crohn's and colitis, is caused by a disruption in the relationship between your intestinal immune system and the bacteria that live there. And if it can't be brought under control, the likelihood of developing a colorectal cancer is about 30 times higher than if you don't have inflammatory bowel disease."

From that perspective, they would argue that we need a better understanding of how this gut-microbe relationship management functions. "It's a fundamental immune question, but it's incredibly complex," they continue. "Basically, we need all the research we can get."

Small parts of a bigger picture

"Scientists have been playing with fly genes for over a hundred years now, so we have reached a place where we can manipulate any gene in any cell at any time," Dr. Foley explains. "And this is particularly useful because if you think about the gut as a structure that has existed for hundreds of millions of years and has evolved from a common origin, then what's going on in the intestine of a fly is often remarkably similar to what's going on in the intestine of a human."

This similarity, paired with those easily manipulated genes, allows researchers to test or model certain biological processes. For example, it is known that about 85% of human colorectal cancers happen because of a mutation in a gene called APC. Researchers can now manipulate that gene in fruit flies to induce the development of tumours in the gut of those flies.

"This means that we can ask some big questions and see what happens," they continue. "So, if I change the gut bacteria in the flies with that mutated gene or if I modify the immune responses in their gut, what's the consequence? Does it change the tumour development? Does the tumour itself affect gut bacteria or that microbe-gut-immune relationship?"

As their team strives to better understand these relationships, lab members are now taking what they've discovered with flies and testing it with zebrafish. Much like the fruit fly, the zebrafish serves as an important model organism that researchers can manipulate to then observe the resulting biological processes. And since zebrafish are vertebrates (they have backbones), they offer a step up on the evolutionary ladder.

"We are starting with simple questions, just taking what we observed with flies and testing to see if the same thing happens in the fish," says Dr. Foley. "Most likely, we'll find that some bits happen in both and some bits don't. And that's exactly the type of information that will help us understand how the response to gut bacteria elaborates over time and with complexity."

The hope would then be for another lab to take what the Foley Lab learns with the zebrafish and test it in mice (mammals).

"It's a small part of a bigger picture. It's part of the mosaic of understanding of how guts respond to bacteria," they continue, emphasizing the critical value of building this foundation of fundamental research. "It may take 20 years to fill out the details in that mosaic – but within 20 years, the combined understanding of gut biology will be such that scientists will be much better equipped to develop effective therapies against inflammatory bowel disease and possibly even colorectal cancers. To get there, though, we need this type of research to help us understand the basic biology, the initial steps in that cancer forming, and how that imbalance between host and bacteria begins. Fundamental research is like a down payment on the inevitability that we'll need this level of information to move forward."

Opening doors for the next generation

In addition to looking ahead to where the field of gut biology could be in 20 years, Dr. Foley often thinks about the people who will be working in it. They care deeply about the students in the Department of Medical Microbiology & Immunology, they run the graduate program, and they want to do what they can to see students and trainees succeed in science.

But they have also realized that who they are as a scientist is as important as the science itself – and students need to see that, as well.

"I've only very recently started coming out [as gender fluid] in my professional life, and there are a few reasons for that," says Dr. Foley. "A big one has to do with the fact that I spent much of my career, especially my early career, believing that I was utterly alone, that there was nobody else like me in this little STEM world. But, statistically speaking, that's very unlikely. So I realized that by not being visible, I was inadvertently telling the next generation of students coming into the department that there's nobody like me – or, if they are like me, that they need to do what I used to do: hide. And that's a terrible way to be. It's not worth it."

Although Dr. Foley has received support from friends and colleagues across the country, they emphasize that there is still a lot of work to do to foster a genuine culture of inclusion in science and academia.

"Brilliant minds come in all sorts of different bodies," they continue, "but the academic structures we have in place have been slow to recognize that. And, consciously or not, if those structures exclude people because of their gender, their skin colour, or a disability, then we – as in academia, research, all of it – miss out. We miss out on the opportunity to learn from the brilliance of those people and their research contributions, which is bad for scientific progress overall."

Making changes to academic structures – such as hiring practices, assigning duties, and awarding funding or tenure – is a complicated endeavour, but Dr. Foley believes that it will be possible to move things in the right direction with the help of young scientists coming into the field.

"There are so many smart, talented, engaged people with senses of nuance that I never had at that age," they say. "I am far more optimistic now than I ever would have been even five years ago."