Rare Diseases: Not So Rare 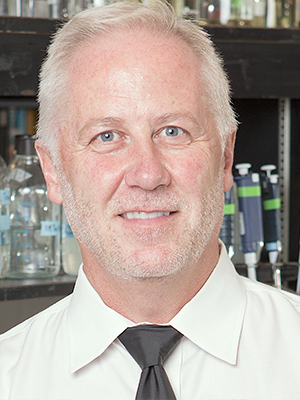 As another successful Rare Disease Day comes to a close, the conversation about rare diseases must continue. This time of year holds special significance for thousands of patients and families as rare diseases are almost certainly the most common disease class affecting children in Canada.

What advances in genomics means for rare disease

Genomics (the study of the human genome) allows scientists to analyze the entirety of a person’s genetic information. This technology has only recently become accessible over the past decade, as the cost and time to sequence a human genome has decreased from tens of millions of dollars and over a year to complete, to several hundred dollars and under a day to complete. Very few technologies have progressed as quickly. Allowing for precise diagnoses and personalized treatments, genomics is increasingly being integrated into clinical care. The short-term impact of genomics on the health and care of children in Canada, and worldwide, will be transformative.

Children are most affected by “rare” diseases

Most rare diseases are childhood diseases, with a staggering 85% of rare diseases being inherited (genetically passed down from parent to child). New research has determined that 1 in 40 children are born with an inherited disease, and half of those will not reach adulthood. It is becoming apparent that so-called “rare” inherited diseases are the most prevalent cause of mortality and morbidity in children. Indeed, it is estimated that 1 in 3 pediatric hospital beds in Canada is occupied by a child with an inherited disease. Without genomics, rare diseases take an average of 5-7 years to diagnose, presenting myriad symptoms that have patients trekking to from specialist to specialist and undergoing countless tests in hopes of receiving a diagnosis.

A present failing is that these children are not properly counted (nor accounted for) in hospital records. Because patients with inherited diseases are usually reported and recorded based on their symptoms (neurological, metabolic, cardiac, etc.) versus the cause of the symptoms, it is difficult to determine the exact number of Canadians with a rare disease, and consequently, the appropriate level of resources to allocate for care, medicines, and research. Simple changes to hospital and patient records, such as implementing orpha codes (individual codes for known rare diseases) would go a long way to fixing this problem. Unfortunately, if these kids are not counted – they do not count.

Where do we go from here?

Not all is lost. Using genomics, we are now able to diagnose children with inherited diseases at an unprecedented rate. These new gene discoveries are immediately implemented into national and international databases to increase the speed and comprehensiveness of diagnosing children born with an inherited disease. For inherited diseases, there is a direct relationship between the single gene whose variation results in disease, and the actual disease presentation itself. From a scientific point of view, this is a solvable problem, and Canada’s researchers are working hard to improve therapies and outcomes for children with “rare” inherited diseases.