The sequence of diagrams below outlines the relationship between application rank within a panel, the percent rank score, and funding cutoffs. It is based solely on data from the Fall 2017 Project Grant competition and does not represent historical trends. As such, it should not be used to inform an applicant’s panel selection for future competitions. For further information, the complete results of the Fall 2017 competition are available online, along with a detailed explanation of how funding decisions were made.

Note: The data below does not include the Indigenous Health Research panel, which uses an iterative peer review model.

Note: Due to ties, some application ranks are equal and therefore some numbers do not appear in the diagrams (e.g., in the CSC panel two applications are tied in fourth and therefore there is no fifth ranked grant in this panel). 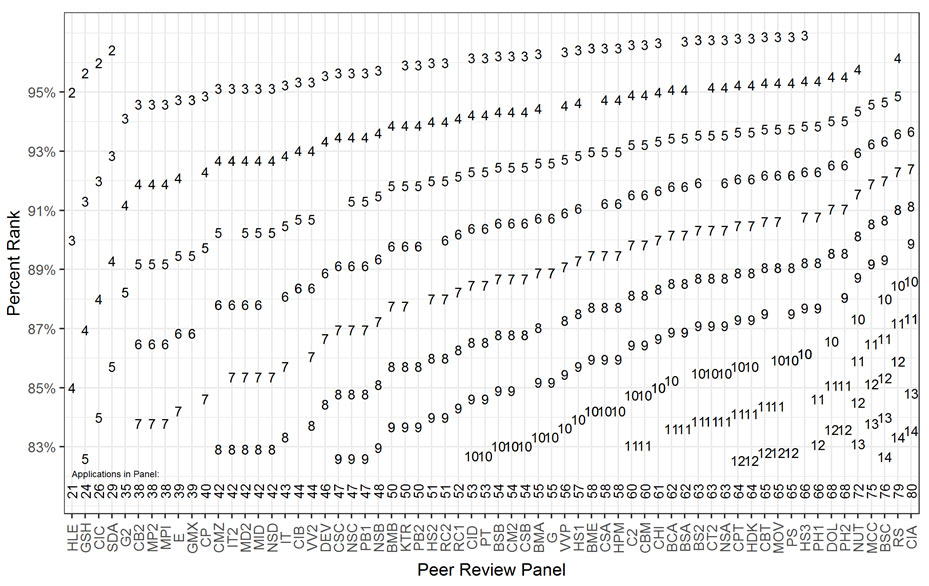 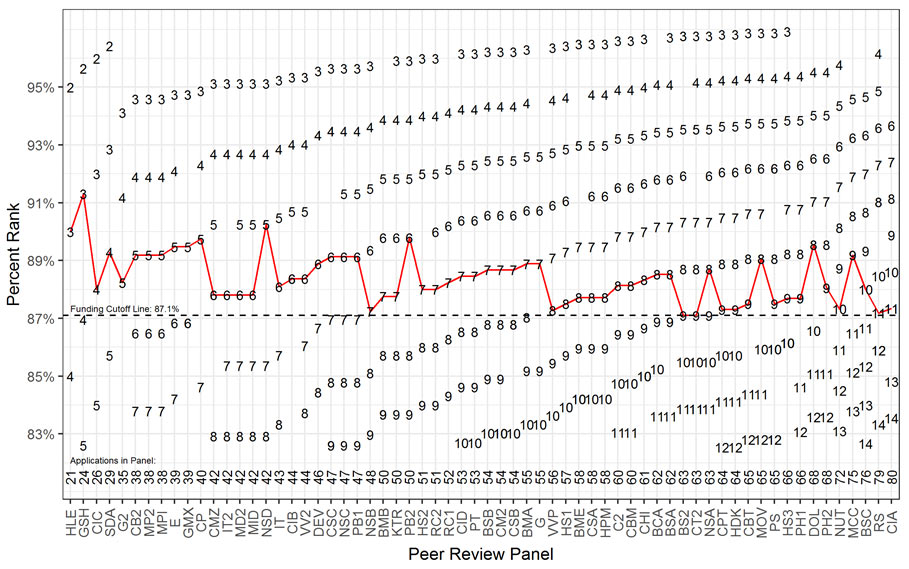 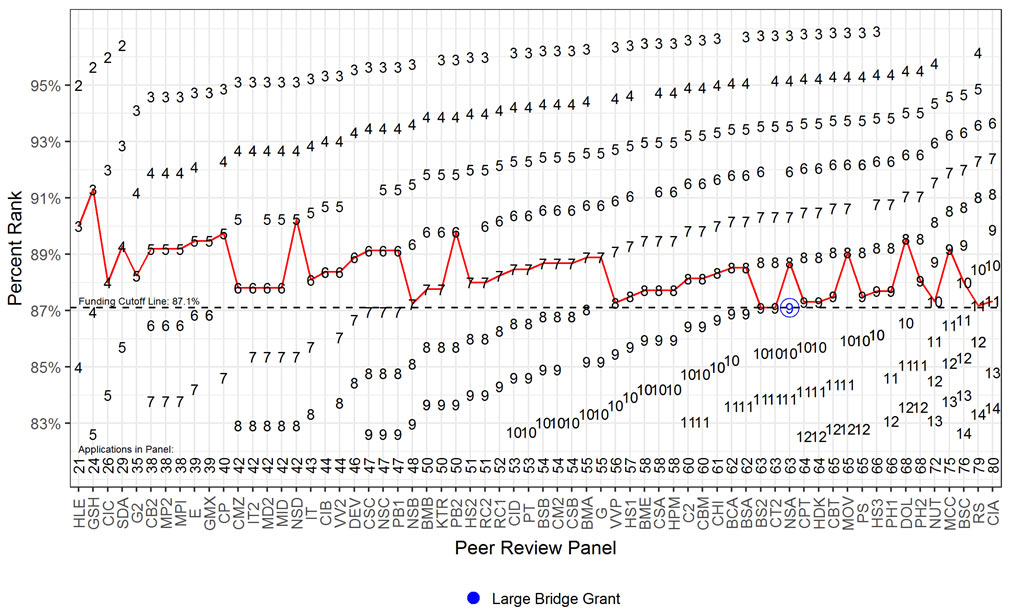 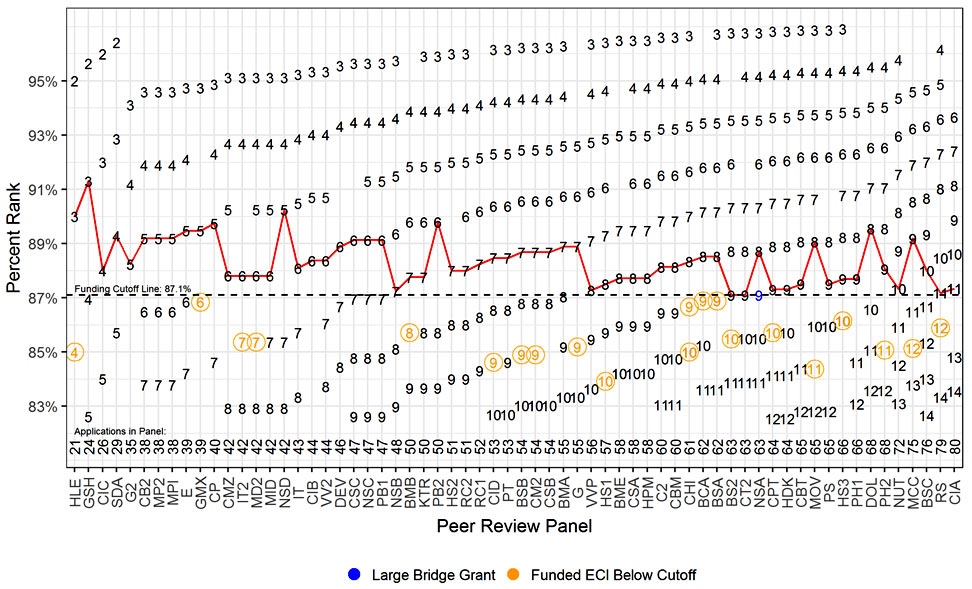 Finally, of the 33 bridge grants awarded for the Fall 2017 competition, 31 were based on the overall percent rank scores, 1 was awarded to a large grant (as noted in Diagram 3), and 1 was awarded through the Indigenous Health Research iterative review process. The funding decisions for bridge grants were made in the same way as with the panels, so the last bridge grant funded had a higher percent rank than the first application not funded.

Note: Due to ties, not all bridge grants will be shown individually in the diagram. 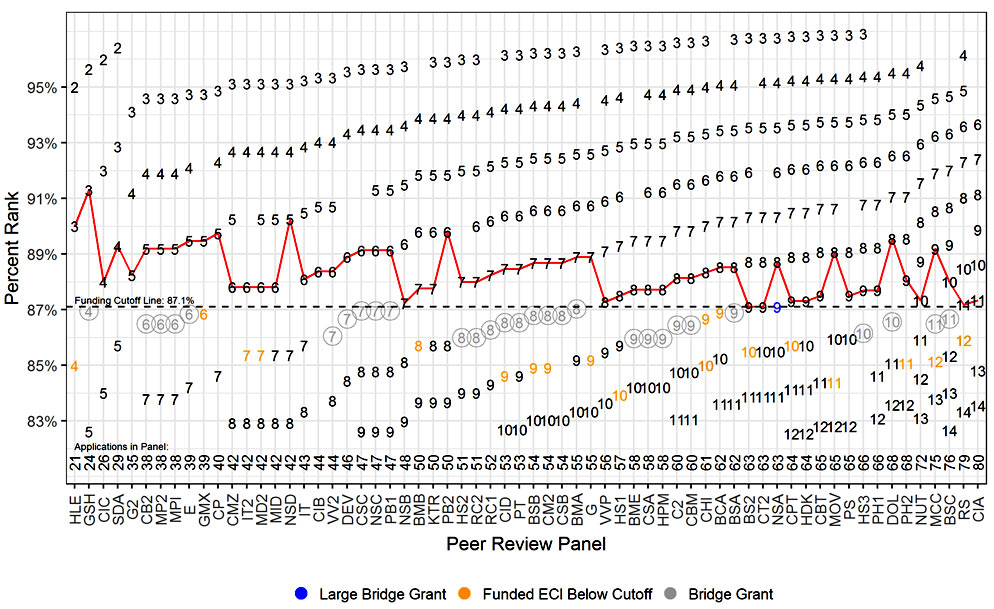 The graph below ties all the funding decision data together. To see the data in a table format, click on the long description. 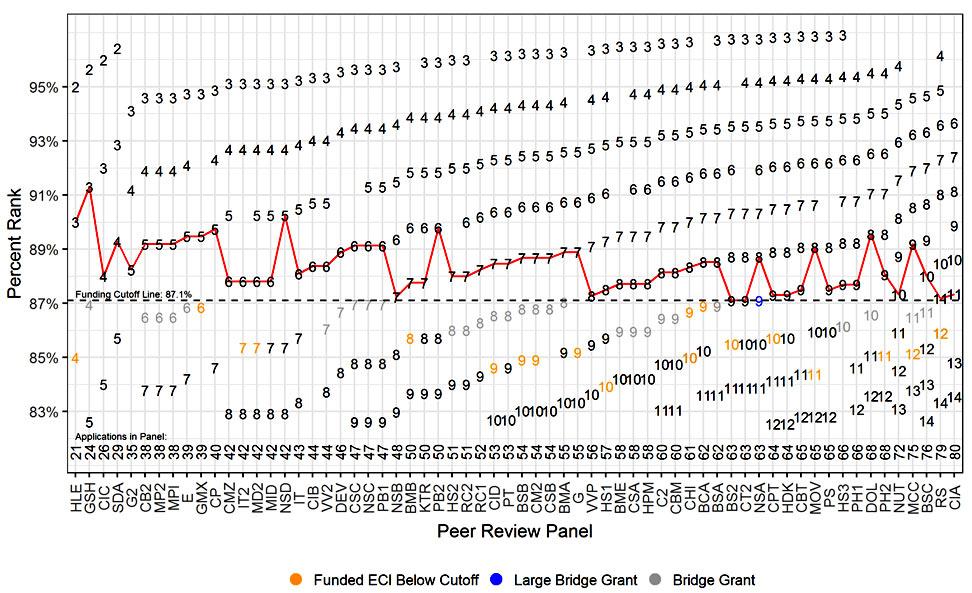