It Doesn't Have to Hurt 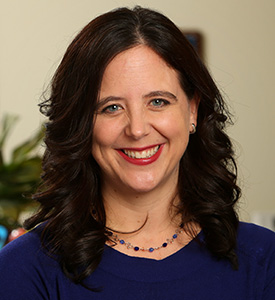 When Dr. Christine Chambers, a child pain researcher from Dalhousie University and the IWK Health Centre in Halifax, recognized that the most current knowledge on managing children's pain was not always used in practice, she decided to take action. She knew there was existing evidence for improving the management of children's pain, but that it could take up to seventeen years to move this knowledge into regular practice. Dr. Chambers felt there had to be a better—and faster—way to get this information into the hands of the people who needed it.

As a mom herself, Dr. Chambers quickly realized that most parents look for guidance online and that child-related health information on parenting blogs and websites is often not evidence-based. In 2013, Dr. Chambers and her team created a YouTube video to help share evidence-based tips for parents looking to calm their children's fears and ease the pain of needles during routine vaccinations. The video was well received, garnering thousands of views and even earning a special mention in CIHR Institute of Human Development, Child and Youth Health's first IHDCYH Talks video competition in 2014. However, Dr. Chambers felt that more could be done to increase the reach of evidence to improve the management of children's pain.

Using an integrated knowledge translation (iKT) approach, Dr. Chambers is collaborating with Erica Ehm, the creator of YummyMummyClub.ca (YMC). YMC is a leading Canadian online magazine for moms, with millions of readers worldwide, making it the perfect venue to further disseminate evidence-based knowledge on children's pain. The resulting CIHR-funded "It Doesn't Have to Hurt" initiative connects internationally recognized researchers with communication experts and an advisory panel of parents. The researchers provide the knowledge, and the YMC content creators turn that knowledge into compelling, easy-to-follow blog posts and videos on their website (all promoted through YMC social media). In addition, this initiative includes Twitter parties, Instagram images, and Facebook polls to engage parents and share evidence-based information.

This iKT approach has been critical to the success of the initiative. Dr. Chambers and her colleagues can share leading evidence on children's pain with a key target audience, while—at the same time—she can find out what parents really want to know. In turn, the YMC has direct access to leading Canadian experts and receives evidence-based information of keen interest to readers, removing the necessity to vet sources or validate content. The advisory panel has empowered parents to engage in the research process, while helping to ensure that all content is relevant, and communication messages resonate with the intended audience and result in better use of pain management strategies. 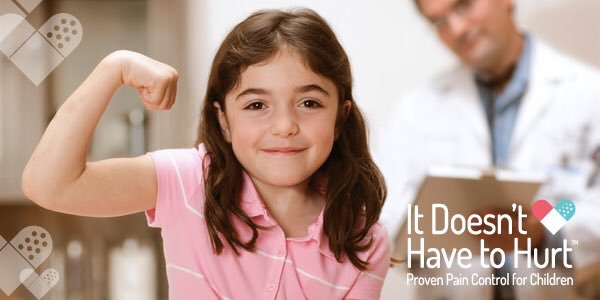 The collaboration between Dr. Chambers and YMC has received substantial traditional media coverage, mostly for the scientific content but also for the innovative nature of the partnership. In terms of social media, the #ItDoesntHaveToHurt campaign had over 72 million impressions (content views) within the first 6 months. At the 6-month mark, the team hosted a 'Twitter party' for parents, health professionals and researchers that generated over 2000 tweets that reached 5 million people worldwide! The Twitter party even crashed a children's hospital server because so many parents were directed to linked resources. The initiative has also won several major awards, including the American Pain Society's Jeffrey Lawson Award for Advocacy in Children's Pain Relief, the Canadian Pain Society & Canadian Pain Coalition's Pain Awareness Award, and a prize in the 2015 IHDCYH Talks competition.

This initiative serves as an example of how a meaningful partnership and a co-developed knowledge translation strategy can achieve great impact. It is anticipated that this initiative will help inform the body of evidence behind new innovative ways of communicating evidence with groups most likely to benefit. To learn more, and to be inspired, check out the initiative's social media launch video, which details this innovative iKT story.