Better at bedtime? Why a Canadian study is testing a novel approach to blood pressure medication 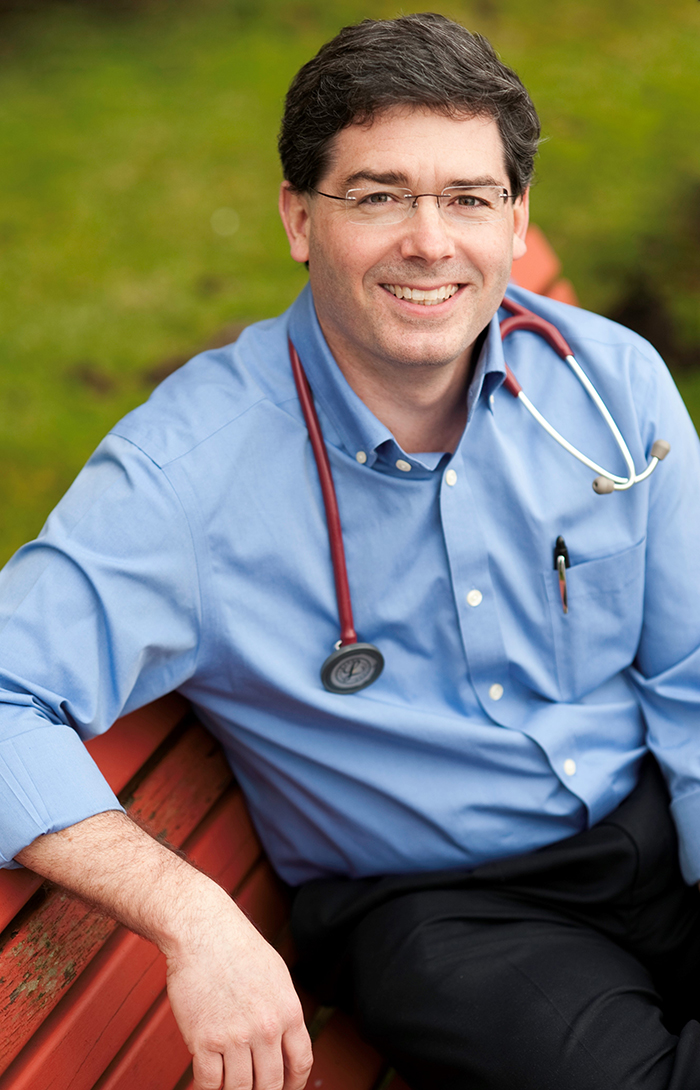 In 2010, a study conducted in Spain proposed an intriguing idea: what if the time of day a patient takes their blood pressure medication can affect how well it works?

Most patients worldwide are currently instructed by doctors and pharmacists to take their blood pressure pills in the morning. But in the Spanish study, called MAPEC, some participants were asked to take medication before bed instead.

The results were incredible. The researchers found that the high blood pressure patients who took at least one of their medications before bed (rather than in the morning) had a 61% lower risk of major cardiac event or death – but the study itself, and those remarkable results, received surprisingly little traction.

"To be honest, most doctors thought it sounded too good to be true," says Dr. Scott Garrison, a family physician, professor and researcher at the University of Alberta. "I can understand that skepticism – but, personally, I was fascinated. Could such a small switch really have such a big impact? It's something that has the potential to help so many people and might even save lives."

Aside from the shiny results, the MAPEC study drew criticism from doctors and other researchers at the time because there were concerns about the study's methodology. But these concerns didn't discourage Dr. Garrison, who simply saw the need for further study. "It's part of how the research process works," he explains. "We don't just take one small-ish study and run with it, for better or for worse. Instead, we dig a bit deeper, test and re-test hypotheses, and see if other studies lead to similar results. That's how research leads to the robust evidence we need in order to determine whether there really should be a change in how we prescribe these medications."

Dr. Garrison also says additional research will address a current gap. "Once drugs get approved, they get monitored for safety, but there is very little research done on how to optimize their use," he continues. "And that includes looking at the time of use for medications, which tends to be ignored in randomized trials. So, to me, there were always good reasons to give this study a closer look."

In 2016, Dr. Garrison launched the BedMedStudy as the Canadian answer to the ideas proposed in the original MAPEC study. He and his team are investigating whether heart attacks, strokes, and death really are reduced by switching blood pressure medications to bedtime. Just as importantly, the team will also examine whether the switch in timing could pose risks to some patients.

For example, blood pressure medication is a diuretic, which means it may cause more trips to the bathroom throughout the night if the pills are ingested at bedtime. The study will therefore track whether there is an increased risk of older adults falling and fracturing a bone on those late-night bathroom trips, particularly since having lower blood pressure at night may cause lightheadedness or dizziness in those patients. There are also some known risks that the team will avoid. For example, lower blood pressure overnight may lead to reduced blood flow to the back of the eye in patients with glaucoma, so those with glaucoma are excluded from participating in the study.

"If the switch to bedtime prescribing does lead to the type of results that the MAPEC study suggested, then it would have an enormous impact on Canadians with high blood pressure, potentially increasing life expectancy by 5.5 years," says Dr. Garrison. "That would obviously be an incredible benefit, especially since we're talking about a condition that affects 1 in 5 Canadians. Still, we have to weigh that benefit against the potential risks associated with the switch – and to do that, we need to study the risks just as closely."

Dr. Garrison says he wanted to make sure the study would include as many hypertension patients as possible of all ages, with diverse health backgrounds. "Generally, the participants in many randomized trials skew towards younger people with less complex health issues," he explains. "That is problematic because the risks and benefits may be very different for those who are frail, or have more medical conditions to manage. Adverse effects, for instance, might be more common or more substantial in severity in those who are more medically complex. That's why we have participants from ages 23 to 96. We want to see the whole picture."

Dr. Garrison and his team enlisted the help of family doctors across the country to get the BedMed study off the ground. Family physicians asked their patients who were being treated for hypertension if they were interested in participating in the study, being sure to disclose all relevant information and risks. Those interested were then directed to contact the study team to be enrolled.

Participants were then randomly assigned to one of two groups: one group would continue taking their medication in the morning, and the other group would start taking their medication before bed. Since then, research assistants have been conducting follow-up telephone or email interviews with patients every six months, and will continue to do so over the more than three-year length of the study. Through these interviews, they are collecting a wide range of health information, such as whether participants had been hospitalized for any reason, if they were still living on their own, or if they have fallen, felt faint, or had worsening vision. They are also measuring patients' cognitive ability to see if there is a difference between the morning and bedtime groups.

The BedMed study quickly became ground-breaking, growing to be the largest non-industry primary care randomized trial ever conducted in Canada. In total, 430 family physicians from Alberta, British Columbia, Saskatchewan, Manitoba, and Ontario are now taking part. Those doctors have, in turn, recruited 3,299 high blood pressure patients to the trial, which is 1,000 more than the original MAPEC study.

Dr. Garrison is blinded in the study, meaning that while the research assistants know which participants are in the morning group and which are in the evening group, he does not. "It helps ensure I don't make decisions about the running of the trial based on knowledge of how outcomes are progressing," he explains. It also means he won't know results until BedMed is complete at the end of 2023.

Dr. Garrison, along with the rest of the medical world, is therefore waiting to see the results of BedMed – and of a similar study from the United Kingdom called TIME – before recommending any changes to current prescribing practices.

In the meantime, BedMedhas already spurred another study for Dr. Garrison and his team: BedMedFrail. It is similar to BedMed, but the focus is specifically on frail elderly patients living in nursing homes.

"Frail elderly patients, especially those living in long-term care facilities, are more likely to be sensitive to the effects of medication," Dr. Garrison explains. "But they are also typically excluded from randomized trials because of their age or complex health conditions, so we wanted to address that with this new study. Rather than assume that ourBedMed results would automatically apply to these patients, we decided to run a separate study to determine whether the risks and benefits of bedtime prescribing for blood pressure medication were different for this group."

The study will involve close to 1,000 patients at 18 Alberta nursing homes. Much like with BedMed, participants were randomly assigned to continue taking their blood pressure pills in the morning or, with the supervision of their resident pharmacist, gradually switch to taking them at bedtime. The study is currently underway and is expected to be completed mid-2023.

For Dr. Garrison, who began these studies at the University of Alberta after 16 years of working as a full-time family doctor in British Columbia, diving headfirst into research has been very rewarding.

"I wake up in the morning thinking about research," he says, adding that he has happily – and unexpectedly – found his passion. "I'm part of a great team, and we're all rowing the boat in the same direction. We all have the same goal of trying to change health care and make a difference in the lives of patients. I'm so excited to see where this work will take us."