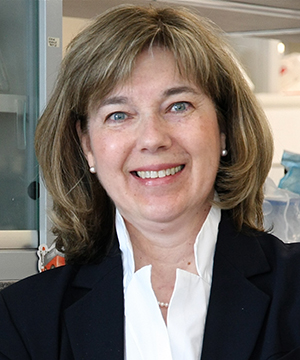 Dr. Rylett is a Distinguished University Professor and past-Chair of the Department of Physiology and Pharmacology at the Schulich School of Medicine & Dentistry at Western University. She is a Scientist in the Molecular Medicine Research Laboratories at Robarts Research Institute and currently serves as an Associate Dean at Schulich. Following a PhD in Pharmacology, she trained in neurophysiology at University College London, England and neurochemistry at the Max-Planck-Institute for Biophysical Chemistry, Germany. She was recruited to Western University as the Rubinoff Scholar in Geriatrics.

She is a cellular and molecular neurobiologist and Alzheimer’s disease researcher recognized internationally for contributions in cholinergic neurobiology. Research in her laboratory focuses on mechanisms regulating chemical communication in the nervous system in health, normal aging and disease and the impact on cognitive function. Her work has been funded by several agencies, including CIHR, the Natural Science and Engineering Research Council, and the Alzheimer Societies of both Canada and USA.

Dr. Rylett served as Chair of the Institute Advisory Board for the CIHR Institute of Aging, and on Boards of Directors of the Alzheimer Societies of Canada and Ontario and taskforces for international endeavours for Alzheimer disease research. She has been leader of the Canadian Consortium on Neurodegeneration in Aging (CCNA) Theme 1 – Prevention and a member of the Biology/Genetics Working Group of the Canadian Longitudinal Study on Aging (CLSA). She was appointed as an inaugural College Chair of the CIHR College of Reviewers in 2016 and held the position of Executive Vice-Chair. She is a Fellow of the Canadian Academy of Health Sciences.

In August 2019, Dr. Rylett will take up the position of Scientific Director for the Institute of Aging.