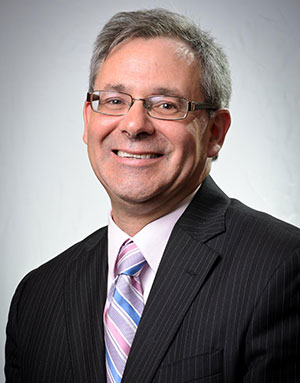 December 1 is World AIDS Day, an important time for us to reflect upon the issue of HIV/AIDS as an ongoing threat to public health. This day is also the start to Aboriginal AIDS Awareness Week, which aims to connect Indigenous organizations, government partners, health care providers, and community leaders as they work to encourage testing to “know your status”, eliminating stigma and discrimination, and ensuring equitable access.

In 2017, UNAIDS estimates show that new adult infections are estimated to have declined by 11% between 2010 and 2016. In 2016, one million people died from AIDS-related deaths and it continues to pose a significant risk to public health. There are certain communities that are particularly vulnerable, such as men who have sex with men, Indigenous Peoples, and people who use injection drugs. In 2016, the number of people around the world living with HIV was 36.7 million.

As the Scientific Director of the CIHR Institute of Infection and Immunity, I am constantly reminded of the incredible work Canada is doing to fight HIV/AIDS and the leadership role that CIHR plays in providing evidence for a better control of this disease.

Today, CIHR, in partnership with the Public Health Agency of Canada, Health Canada (First Nations and Inuit Health Branch - Alberta, Quebec and Saskatchewan Regions), and Correctional Service Canada, announced an investment of approximately $10M for five research teams which will investigate HIV program implementation and improvements across multiple diverse communities. One of the research projects will focus exclusively on adapting and expanding an on-reserve HIV testing and treatment initiative to First Nations, Inuit and Métis communities with the greatest need.

Since 2008, CIHR has invested $216M in this field through its investigator-initiated research programs and an additional $204M through its CIHR HIV/AIDS Research Initiative, which is the research arm of the Federal Initiative to Address HIV/AIDS in Canada. Each year, the Federal initiative invests $21 million to support research, capacity building and knowledge translation activities in four key areas: Biomedical and clinical research; Health services and population health research; Community-Based Research; and the CIHR Canadian HIV Trials Network.

With these initiatives, Canada is helping health research progress toward the goals set by the Joint United Nations Program on HIV/AIDS (UNAIDS) to achieving the global target of 90-90-90 by getting 90 per cent of HIV-positive people who know their status, 90 per cent of people aware of their status receiving treatment, and 90 per cent of those on treatment to have suppressed viral loads, meaning they will be less likely to infect others.

This World AIDS Day, I would like to take the time to thank all of HIV/AIDS researchers, policymakers, doctors, nurses, social workers and people who are HIV positive, who are working tirelessly to make HIV/AIDS history. CIHR would not be able to do its work without the support and collaboration of its key partners such as the Public Health Agency of Canada, Correctional Services of Canada, First Nations and Inuit Health Branch of Health Canada, Bill and Melinda Gates Foundation, CATIE, the Canadian Association for HIV Research, and the Canadian Foundation for AIDS Research, among others. Prospects for the future look promising, but the battle against HIV/AIDS must continue as rigorously as ever.