Zika researchers meet in Brazil to find ways to work together 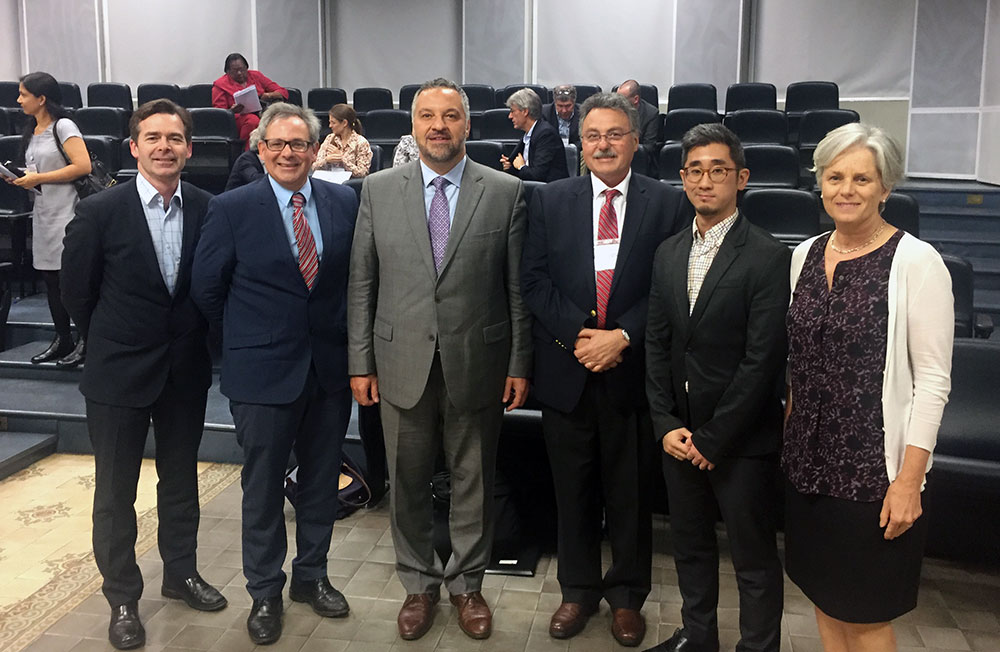 From November 30 to December 2, 2016, researchers from around the world who are studying the Zika virus met in São Paulo, Brazil, to explore opportunities to collaborate, form partnerships and share data.

Approximately 70 researchers and government representatives met at the University of São Paulo as part of the Zika virus research workshop organized by the Canadian Institutes of Health Research, the International Development Research Centre and the European Commission. Among the participants were several Canadian researchers who will work with their counterparts in Latin America and the Caribbean to conduct field work and add to what the world’s scientists know about this perplexing virus.

“The Canadian Institutes of Health Research was pleased to work with its partners to organize this Zika virus research workshop,” said Dr. Marc Ouellette, Scientific Director of the CIHR Institute of Infection and Immunity. “International collaborations like those we’re aiming to foster with this workshop are key to tackling infectious diseases. I look forward to seeing where these newfound relationships take us.”

Setting the stage for international collaborations

Effectively tackling the global outbreak of an infectious disease requires teamwork. That was the rationale behind the formation of the Global Research Collaboration for Infectious Disease Preparedness (GloPID-R), the only network of its kind that brings together research funding organizations from around the world to mount a research response upon the outbreak of an infectious disease with the potential to become an epidemic.

CIHR and the European Commission are two of the 26 members of GloPID-R, which sponsored the Zika workshop in Brazil. When the World Health Organization declared Zika virus a Public Health Emergency of International Concern in February 2016, CIHR quickly joined other GloPID-R members in agreeing to make freely and publicly available the information its funded researchers gleaned about the virus. CIHR also began developing a funding opportunity to support research into the virus, about which little was known beyond the suspicion that it caused debilitating birth defects.

This past spring, CIHR and the International Development Research Centre launched a $3 million funding opportunity to support research into the Zika virus. A key feature of the funding was that, in order to be eligible, teams from Canada and Latin America and the Caribbean would have to work together to help resolve many of the unanswered questions about Zika.

The Canadian-Latin American and Caribbean research teams are starting to gear up, preparing for research projects that will take them from labs at the University of Toronto and University of Alberta, to sites in Argentina, Brazil, Colombia and Ecuador. CIHR looks forward to building on these partnerships and those formed to at the Brazil workshop to further expand its international collaborations.