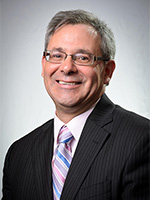 World AIDS Day is December 1, a day to reflect on the progress we’ve made toward eradicating this serious public health threat, and the work that is still ahead of us. December 1 is also the start of Aboriginal AIDS Awareness Week, in recognition of the fact that First Nations, Inuit, and Métis communities continue to be disproportionately affected by this disease: Although they represent only 4.6 per cent of the Canadian population, Indigenous Peoples make up 12.2 per cent of new HIV infections and account for 8.9 per cent of those living with HIV in Canada.

CIHR is pleased to announce its latest investment of over $3.5 million to fund the work of HIV/AIDS researchers who are engaged in cutting-edge biomedical and clinical research, as well as those working in the communities most vulnerable to HIV infection, including Indigenous communities.

This investment will fund 23 research grants.

This marks a massive shift that has occurred over the past 30 years, where, in Canada, infection with the HIV virus has gone from a death sentence to a chronic condition that can be managed with the right treatment. UNAIDS announced last month that over 18 million people are now accessing antiretroviral therapy.

However, there is no room to be complacent: HIV/AIDS continues to pose a risk to certain communities in particular, such as men who have sex with men, Indigenous Peoples, and injection drug users. Internationally, girls and young women in sub-Saharan Africa continue to become infected by the thousands on a weekly basis. And here in Canada, First Nations, Inuit, and Métis Peoples are over-represented and experiencing epidemic proportions higher than other Canadians.

As the Scientific Director of the CIHR Institute of Infection and Immunity, I’m constantly reminded of the incredible work Canada is doing to fight HIV/AIDS and the leadership role that CIHR plays in providing evidence for a better control of this disease. Between 2010 and 2015, CIHR invested almost $238 million to support researchers and trainees who, through their work, are adding to what we know about the virus and constantly working to develop new treatments, prevention strategies and, ultimately, a cure for HIV. CIHR-funded researchers are conducting truly impressive research on topics ranging from HIV-associated neurocognitive disorders and the new challenges of aging and HIV, to preventing infection in the first place through pre-exposure prophylaxis. Equally important are the investments in community-based research, which empower community members and place them at the centre of research programs whose goals are to improve community health and eliminate health disparities. Everybody wins when research findings and evidence are integrated into health care policy and practice.

This World AIDS Day, I would like to thank the many HIV/AIDS researchers, policymakers, doctors, nurses, social workers and HIV-positive people, who are working tirelessly to make HIV/AIDS history. Finally, CIHR wouldn’t be able to do its work without the support and collaboration of key partners such as the Public Health Agency of Canada, Correctional Services of Canada, First Nations and Inuit Health Branch of Health Canada, Bill and Melinda Gates Foundation, CATIE, the Canadian Association for HIV Research, and the Canadian Foundation for AIDS Research, among others.