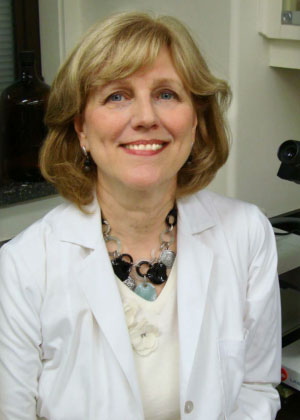 Photo: Dr. Heather D. Durham is a professor in the Department of Neurology/Neurosurgery and the Rare Neurological Disorders Group of the Montreal Neurological Institute, McGill University.

“Having identified key factors leading to dysfunction and death of motor neurons, we will employ these models in therapeutic development, coming full circle back to the patient.”
- Dr. Heather Durham

Amyotrophic Lateral Sclerosis (ALS) is a fatal disorder characterized by the degeneration of motor neurons that send messages from the brain to skeletal muscles. A person with ALS gradually loses the ability to move, to swallow, to speak and eventually to breathe. Studies in multiple forms of ALS, including those caused by inherited genetic mutations, suggest that errors in the body’s ability to produce and break down ribonucleic acid (RNA) molecules are a common mechanism behind the disease.

The collaborative team led by Dr. Heather Durham, including Dr. Michael Strong of Western University, is investigating RNA molecules in ALS and seeking ways to restore proper RNA metabolism to keep motor neurons functional. They are looking at how RNA-binding proteins and microRNA – which both play an important role in gene activity - are disrupted in people with ALS, and how these disruptions trigger the loss of motor neurons.

Through their work, Dr. Durham and her team will identify potential ways to restore normal gene activity and protect motor neurons in patients with ALS. By increasing our understanding of the complex mechanisms that control the growth and maintenance of these neurons, Dr. Durham’s studies will also identify ways to assess the effectiveness of potential therapies.