Alzheimer’s and Dementia: Where's the Evidence? A List of Cochrane Reviews 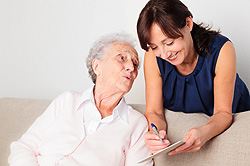 Alzheimer’s disease is named after Dr. Alois Alzheimer who identified the first case in the beginning of the 20th century. Alzheimer’s represents the most common cause for dementia and it is usually diagnosed in individuals after the age of 60. The disease is progressive and irreversible and has no cure at this point in time. However there are different approaches and interventions to help individuals and people caring for them manage or delay the symptoms of Alzheimer’s. Research continues to shed light on different aspects of the disease.

Alzheimer’s is the major cause for dementia in elderly. Alzheimer’s induces a loss of a subtype of neurons in the brain (cholinergic neurons). Drugs that restore this impairment are called cholinesterase inhibitors (ChEIs). A Cochrane Review suggests that different ChEIs work and have equal efficacy for mild to moderate Alzheimer’s disease.

Donepezil for dementia due to Alzheimer's disease

Donepezil is one of the cholinesterase inhibitors drugs class used in Alzheimer’s patients. It helps delay degradation and increase transmission of acetylcholine between neurons. A Cochrane Review reports that although Donepezil seems to improve significantly cognitive functions and daily living activities, debate on its effectiveness still continues.

Cognitive stimulation to improve cognitive functioning in people with dementia

People suffering from dementia usually experience a decline in cognitive functions. It seems however that activities stimulating thinking and memory can decelerate this decline. A Cochrane Review shows that people with dementia may improve their life quality when exposed to cognitive stimulation.

Aroma therapy is claimed to promote relaxation, pain relief, sleep and other beneficial health outcomes. A Cochrane Review tackled the use of pure essential oils in people with dementia. Findings from only one study suggest positive effects of aromatherapy on agitation and neuropsychiatric symptoms.

Ginkgo Biloba is a traditional medicine used for various health problems. Evidence that Ginkgo is effective in people with dementia is not fully established. A Cochrane Review reports findings showing inconsistent effects of Ginkgo Biloba on cognitive impairments compared to placebo.

Metal protein attenuating compounds for the treatment of Alzheimer's dementia

Alzheimer's dementia seems to be associated to the formation of extracellular plaques comprised of a specific protein, beta-amyloid, that aggregates and damages brain cells. This damage is encouraged by metals such as cooper and zinc. Metal-protein attenuating compounds are claimed to prevent the clumping and stop the downstream cell damage. A Cochrane Review suggests the absence of evidence regarding safety and effectiveness of metal protein attenuating compounds.

It has been claimed that consumption of fish oils rich in omega -3 polyunsaturated fatty acids (PUFA) can help reduce the incidence of dementia. A Cochrane Review reports no evidence of benefits resulting from omega-3 PUFA intake on dementia induced decline in cognitive functions.